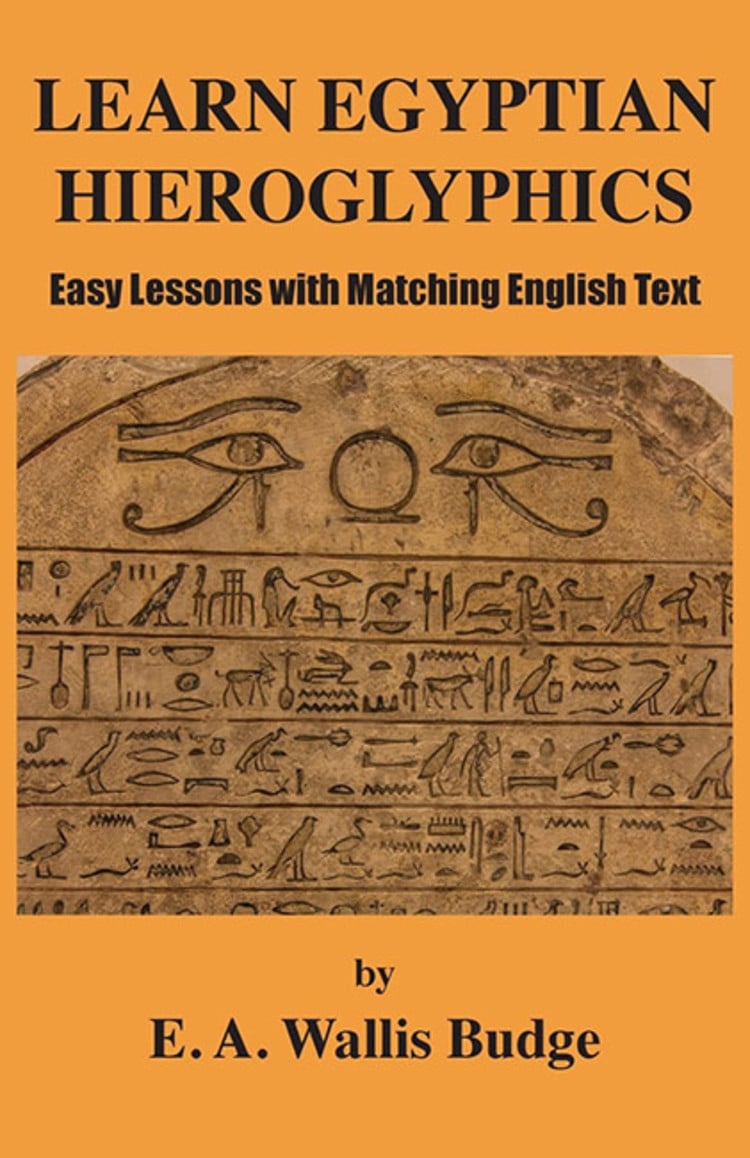 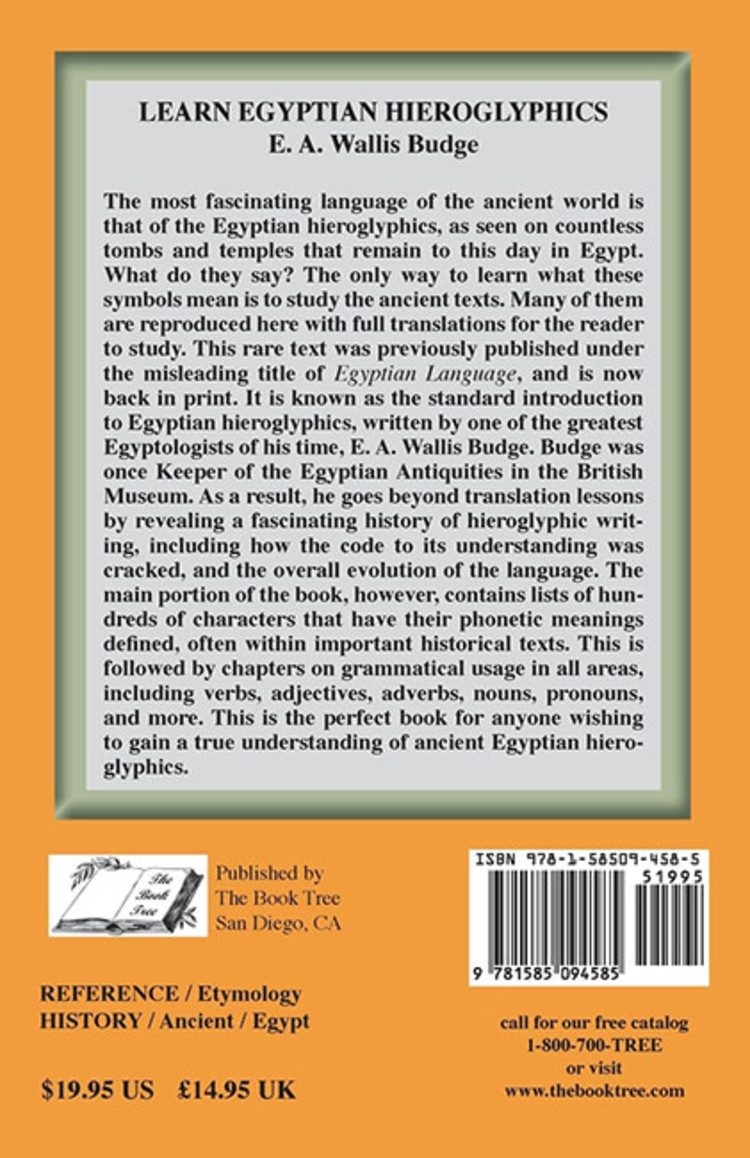 May's Book of the Month!

Written by E. A. Wallis Budge

The most fascinating language of the ancient world is that of the Egyptian hieroglyphics, as seen on countless tombs and temples that remain to this day in Egypt. What do they say? The only way to learn what these symbols mean is to study the ancient texts. Many of them are reproduced here with full translations for the reader to study. This rare text was previously published under the misleading title of Egyptian Language, and is now back in print. It is known as the standard introduction to Egyptian hieroglyphics, written by one of the greatest Egyptologists of his time, E. A. Wallis Budge. Budge was once Keeper of the Egyptian Antiquities in the British Museum. As a result, he goes beyond translation lessons by revealing a fascinating history of hieroglyphic writing, including how the code to its understanding was cracked, and the overall evolution of the language. The main portion of the book, however, contains lists of hundreds of characters that have their phonetic meanings defined, often within important historical texts. This is followed by chapters on grammatical usage in all areas, including verbs, adjectives, adverbs, nouns, pronouns, and more. This is the perfect book for anyone wishing to gain a true understanding of ancient Egyptian hieroglyphics.

0 stars based on 0 reviews